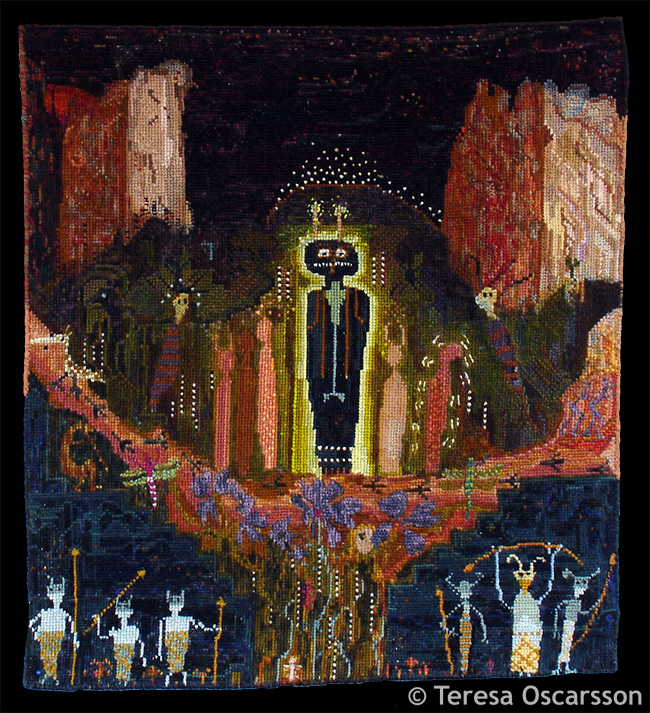 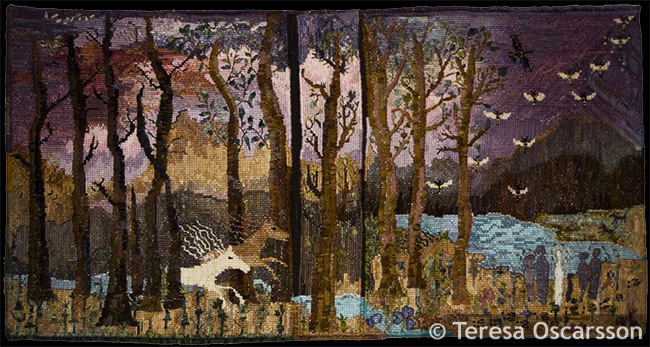 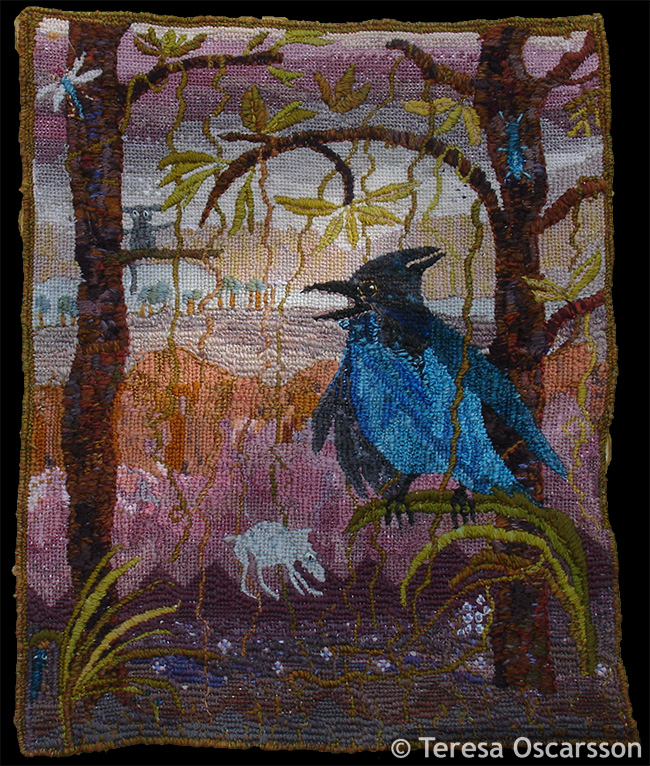 Trees can be so very old. How beautiful they are, and so patient.

Some of them still lives on after hundred, even thousands of years. They are so firmly rooted and in such a perfect harmony with  the sun, the mushrooms, the spores and the animals. (Not always with humans though, but that is not their fault.)

Other trees  cling on to hopeless places. They bend and suffer and get diminished. But they might make it anyway. Some don´t.

With insects, I guess you can both admire them and be fascinated by them. For me this is true as long as they keep to themselves. When they crawl on me, snap at me or try to suck my blood I don´t like them so much anymore. Strangely, there are exceptions. It´s totally ok to have a marybug crawling up my arm and I would never harm one. Other beetles with different colored dots have to leave me alone. My heart bleeds for the poor bumble bee who is stuck on his back. So helpless he seems.  But a wasp I can easily kill with my electrical bug-racket. I get the feeling he wants to hurt me.

There are insects that when you kill them just turns to dust. I feel sorry for them.

Life at the bottom

Life at the bottom don´t have to be that bad. But you must learn how to swim of course.

No place on earth can resist life, it seems. Life adapts, takes new forms and clings on to every imaginable place. In the sea, on the ground and in the sky.  In the center of this embroidery rests a human fetus, enclosed in its waiting to be born. The unborn baby´s umbilical cord reaches outside this embroidery.

From the primeval sea we emerged. Sediments of the sea bottom grew on top of each other. We are the sum of our ancestors. In my primeval sea sperms, lizards and fish-riders lives side by side. Out of the clams shell a very surprised prehistoric relative takes a peep at the world. 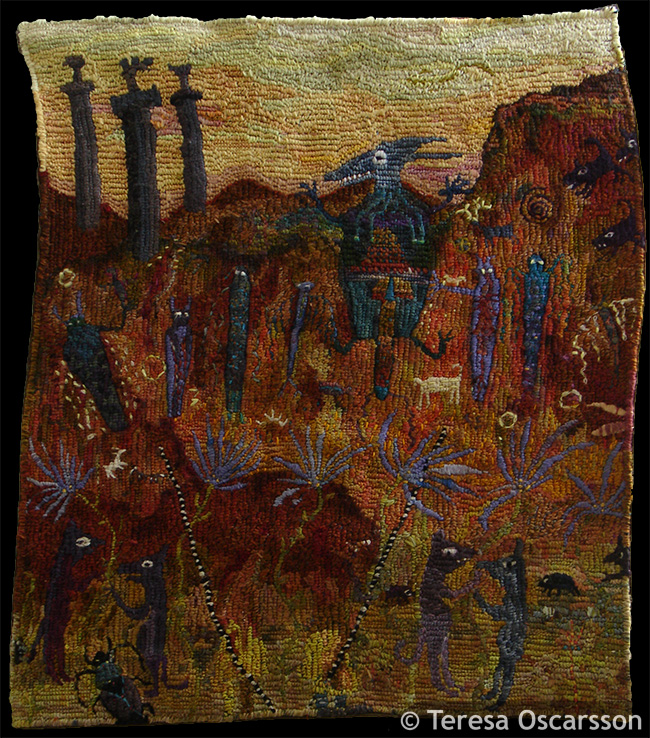 The ground moved some sixty million years ago an so the Wind River mountain range and Red Canyon was formed.

If you want to see it, drive 24 miles south of Lander, Wyoming. The area is bordering Wind river indian reservation where Shoshones and Arapahoes live today.

Some places in the world are nice , some even beautiful.  But some places has magic and they make you feel wonder and awe. A feeling of  joy to be part of it all.  Red Canyon is just such a place for me.

It is a desolate place with dirt roads, ghost towns and memories of once booming goldmines.

There is evidence of over 10 000 years of human presence here. Nearby you can see prehistoric pictographs and petroglyphs almost 6 000 years old. Messages from ancient times and ancient peoples. The meaning of these strange artworks is lost to us now. It was a wonderful sight for us , when we visited. And perhaps also for the rattlesnakes who had made this site their home.

From Red Canyon the Red Canyon creek feeds into the Popo Agie river. This river is a mystery. The waters rush down to suddenly disappear right in front of your eyes into a dark cave at the bottom of a cliff. So- the river disappears only to reappear again some hundred meters down in to a big dark pool. The river is, apparently, inside the mountain, rushing through invisible channels for miles and miles. If you would put a big red ball in the river as it enters the cave, you would have to wait for two hours before it can be seen again as the waters reach the cave exit.

A whole bunch of capybaras finds themselves on a floating island in the big, quiet river. In the forest, strange beings are doing strange things. But it´s all right, don´t worry! Two responsible wolfs makes sure nothing bad happens. And the aspen trees with their black eyes see everything.